Alastair Quinn said he did not accept the verdict when he was convicted last year (Picture: Northumbria Police)

A care home nurse has been struck off the register after showing ‘no remorse ’ for abusing and force-feeding vulnerable dementia patients.

Alastair Quinn was convicted of eight counts of ill-treatment and neglect of care home residents last December and was handed a two-year prison sentence.

The 58-year-old, who the court heard said he wished a patient would ‘hurry up and die ’ while on his deathbed, has now been struck off the register.

Newcastle Crown Court also heard that Quinn force-fed a resident by using a spoon to push food into their mouth through clenched teeth.

The Nursing and Midwifery Council (NMC) decided to strike the 58-year-old off the register for his abuse and neglect which included intentionally knocking elderly patients to the floor, unnecessarily restraining them and mocking them.

In a virtual hearing held by the NMC on December 23, the panel concluded that Quinn had ‘not demonstrated an understanding of the impact of the conviction and his behaviours on his victims ’.

The panel said he did not show he recognised ‘the longstanding impact on the victims ’ families, or how this would negatively impact the profession and the NMC as a regulator. ’

Quinn was in charge of the dementia care unit from 2012 to 2016 at Covent House care home in Birtley, Gateshead.

Quinn, of Waldridge Road, Chester-le Street, denied the charges against him last year and later said he did not accept the court ’s verdict.

The court heard that he had abused multiple people in different ways including pushing an elderly man to the floor, jumping on him and grabbing his shoulder.

Another witness said Quinn once knocked the same elderly man to the floor with such force that he cut his head open.

He would pick patients up and leave them in their rooms for no reason and pushed a woman over when she would not take her medication.

The NMC said the panel ‘had to regard Mr Quinn ’s reaction to the jury ’s verdict where he stated: “I don ’t accept the verdicts”.

It therefore decided that: ‘due to the severity of the charges, and in the complete absence of insight or remorse, a finding of impairment is necessary on the grounds of public protection.

‘The panel has considered this case very carefully and has decided to make a striking-off order. It directs the registrar to strike Mr Quinn from the register. ’ 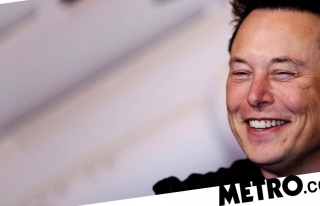 Elon Musk now officially the richest person in the...