Stella Creasy said the Labour movement saw her as ‘less competent ’ after she had a baby (Picture: Getty Images)

An MP said the Labour movement ‘repeatedly ’ told her to ‘withdraw from positions of leadership ’ after she had a baby.

Walthamstow ’s Labour and Cooperative MP Stella Creasy told The Telegraph ’s new podcast that ‘various positions within the Labour movement ’ said she ‘shouldn ’t stand ’ for senior roles in the party because she had a baby in 2019.

Ms Creasy claimed people said to her: ‘Yeah but you ’ve just had a baby, so this isn ’t right for you ’.

She said she was discouraged from standing for a position on the Cooperative Party National Executive Committee (NEC) because of her new baby.

Nevertheless the London MP was elected onto the NEC, but said she was ‘genuinely shocked ’ having a child led to the ‘presumption ’ that she is now ‘less competent, less capable, less interested ’.

The new mum also alleged an MP ‘reprimanded ’ her for bringing her daughter into Westminster during a debate.

She further claims another woman in Government said she wanted ‘to be treated like a victim ’ when she tried to secure cover for her maternity leave.

The MP also alleges she was ‘reprimanded ’ for bringing her daughter to Westminster for a debate (Picture: Katie Thompson)

She has previously spoken out about how difficult it is for MPs to get paid during parental leave (Picture: PA)

‘I sort of think: “Well if the Labour movement – which is supposed to be the movement championing equality and championing women ’s rights – thinks that somehow having a baby writes you out of public life, what hope have we got for the rest of society?”, ’ Ms Creasy told The Juggling Act.

The Labour Party said: ‘The Labour Party takes all complaints of discrimination extremely seriously, and they are fully investigated in line with our rules and procedures and any appropriate action is taken. ’

The Cooperative Party said: ‘The Co-operative Party takes all complaints and allegations about all forms of discrimination seriously. We require all members to abide by the rules of our Party. ’

In June last year Ms Creasy spoke out against MPs not being automatically paid while on parental leave. 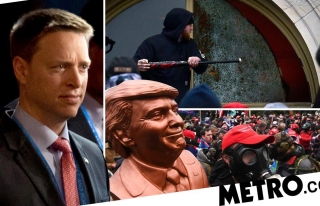